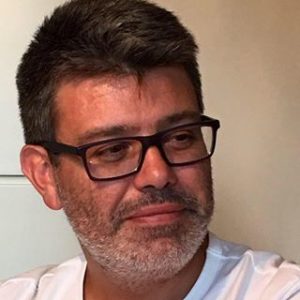 He focused the research community’s interest on this theme through a number of personal initiatives (workshops, projects, journal papers) that contributed to establishing Stream Reasoning as a recognized research and industrial sector. In the Big Data era, it is a method to tame simultaneously the velocity (analysing data streams to enable real-time decisions) and variety (integrating heterogeneous data) dimensions of Big Data. The semantic and syntactic extensions, which he proposed to the Semantic Web stack (i.e., RDF streams and Continuous SPARQL), are currently on the path towards standardization at a W3C in the RDF Stream Processing community group. In the last four years, the two main conferences on Semantic Web  (ISWC and ESWC) dedicated a track to data stream to create a forum for Stream Reasoning research. Starting from 2011, he organized more than 15 tutorials and workshops on Stream Reasoning. The open source Stream Reasoner engine developed at Politecnico di Milano (namely, C-SPARQL Engine) was downloaded more than 9,000 times and it is currently maintained by Politecnico di Milano, the University of Zurich and the Insight Center of the National University of Ireland.  His work on Stream Reasoning was applied in analysing Social Media, Mobile Telecom and IoT data streams in collaboration with Telecom Italia, IBM, Siemens, Oracle, Indra, and Statoil.

His h-index is 32 (25 since 2015). He was cited 4232 times (2431 since 2015).  He is a member of the editorial board of Journal of Web Semantics. He co-authored: 22 journal articles in TOIT, JWS, SWJ, Sigmod Records, Big Data Research, Data Science, IJSWIS, IEEE IS, IEEE IC, IEEE MM, TGIS, Sensors and CMBP; 33 conference papers in major conferences in ISWC, ESWC, WWW, ICWE, EKAW, and DEBS; a book on Web Information Retrieval (2013), a book on Relevant Query Answering Over Streaming and Distributed Data, and the first book in Italian about Semantic Web (2008); and more than 70 other manuscripts including minor conferences, book chapters, workshop papers and posters.

From 2001 to 2008, he worked in CEFRIEL. Between 2001 and 2004, he worked in strategic consultancy IT projects of CEFRIEL in eBusiness, eGovernment and eHealth. In 2003, he started the Semantic Web Practice of CEFRIEL that he coordinated until 2008. In the same time period, he was Aggregated Professor of Advance Information Systems at Politecnico di Milano (2007-2009) and Aggregated Professor of Knowledge Engineering at Università dell’Insubria (2006-2010).

I think that learning occurs when students are the ones driving the learning and are empowered to pursue what matters to them. I like when learning extends beyond me teaching from the stage to students that sit back. I like my students to exchange knowledge and discuss among them, to question me, to reflect on what I teach and to make connections on their own. Read more …

Here are the courses I taught: